If you’re going for a run, or to the gym, or for a hike…how do you still concealed carry? What do you do if your clothes don’t allow you to wear a traditional belt and holster?

There are a number of different solutions for concealed carry when you’re being active or otherwise can’t wear a belt, but each of them has a different context, a different way to use them to get the best of them.

There’s no such thing as a free lunch, so to speak; there’s always going to be some sort of tradeoff, a limitation of some kind that you have to be aware of and work with.

If you decide that one of these types of concealed carry holsters and methods is for you as a primary or supplemental carry method, you need to understand what the drawbacks are how to work with them.

So with that said, here are the ways to do it. 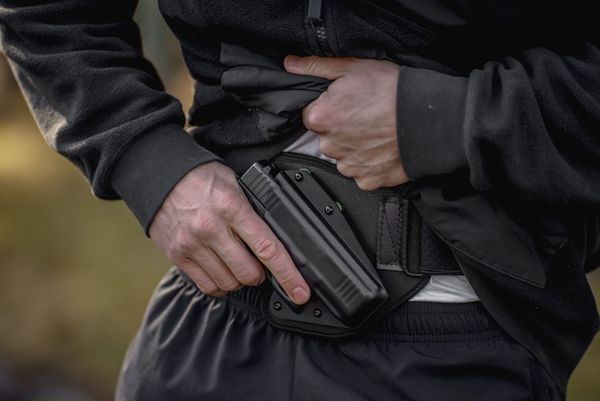 The benefits of a belly band can be easier concealment and the ability to use them with any clothing, from gym shorts and a t-shirt to under a suit. Provided logical placement and some practice, you’ll barely lose any speed compared to a belt holster.

However, you have to be careful choosing a belly band. Avoid spandex and elastic; look for a belly band that fastens like a belt. Make sure it has a hard shell to safely retain and carry the gun, and protect the trigger guard.

In the broad strokes, a good belly band is the best choice for carrying while active, and/or if you need a concealed carry method other than a belt and waistband holster.

Ankle Holsters Can Work…To A Point 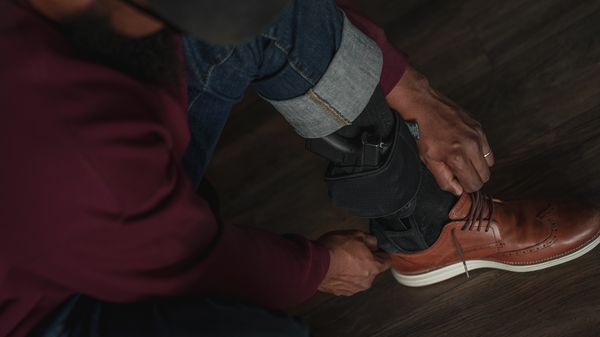 Of all the non-belted holster styles, ankle holsters are the least practical. Classically, an ankle gun is a backup (if not a backup to a backup) rather than a primary carry method. It’s the gun you go to when things have gone from already really bad to WAY, way worse. The last-ditch option.

Accessing the gun is incredibly slow and wildly obvious if you aren’t sitting down or on the flat of your back. There’s also a limit to the size of the pistol that can be realistically carried there.

Pants, of course, are required. Not all ankle holsters necessarily hold up to running. Also, the heavier the gun, the more wear and tear an ankle gun puts on your joints; a lot of cops wound up with knee damage in past eras because they carried steel J-frames on the ankle.

Suffice to say that it is a method for carrying a gun off the waistband without a belt and a viable one, but only for specific niche uses. So unless you’re literally getting one to fulfill the ankle gun niche, don’t bother. 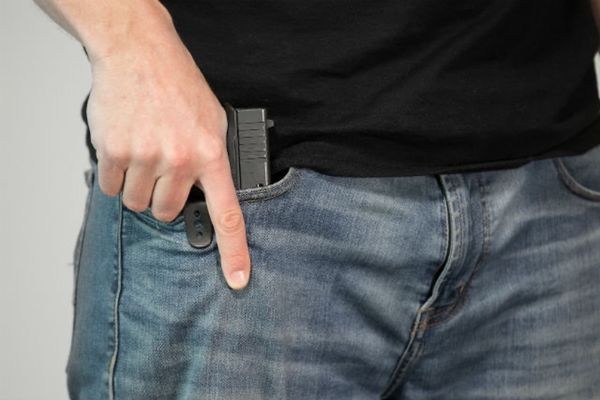 Another potential solution is to pocket carry using a pocket holster. Pocket carry is classically the most common alternative to carrying on the belt, and a pocket holster can just as easily slip into gym shorts, track pants or scrubs as it can into jeans or slacks.

However, there are some caveats.

First, you have to be careful with your selection of pocket pistol and you absolutely have to have a pocket holster. It is not safe to carry any pistol in a pocket with an unprotected trigger guard, and yes even a DAO snubbie revolver.

Second, whatever you’re wearing has to be capable of supporting the weight. You’d be amazed what can, but it will also be wildly obvious what cannot.

The 80s Called And Wants Their Stuff Back: Fanny Packs 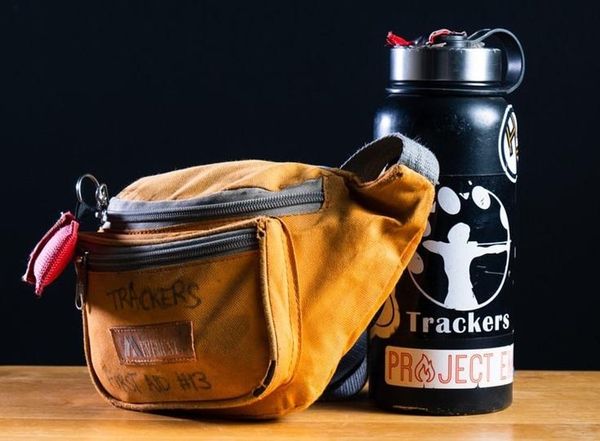 Jokes aside, a fanny pack is a viable concealed carry method and there is certainly a precedent of people carrying a gun in one over the last 30 years. A fanny pack can conceal anything from a micro or subcompact pistol all the way up to a service pistol in some cases.

For running, going to the gym, or even if you just can’t be bothered to put on a gun belt and typical belt holster or can’t risk a belt holster being spotted at work, a fanny pack hides a gun and keeps it attached to your body. It can be locked in a desk drawer or a locker if needs be to keep it hidden and safe.

However, be judicious in your choice of fanny pack, and make sure the gun has its own dedicated compartment. The gun compartment should also be quick enough to open and the gun easily accessible if you have to draw it.

There are concealed carry-specific models, but they’re also somewhat obvious as being “tactical.” Or you can find a more typical-looking fanny pack that will let you get on the gun in a hurry. Either way, a fanny pack is a very viable option. 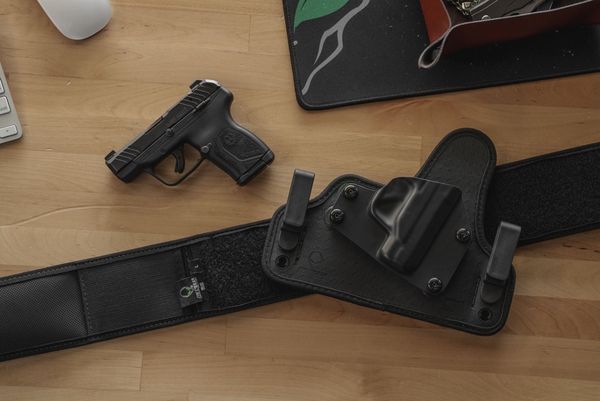 Interior or “hidden belt” systems are another option, and indeed a viable one. The idea is a band or belt that’s worn under the clothing, which you use to hold up a regular IWB holster under your pants or shorts.

The advantage, of course, is that you can carry your typical carry gun in your typical holster no matter what you’re wearing. These can be the best of all worlds, provided they are comfortable enough to wear and fasten securely. Some find they aren’t, but many do.

With that being said, you have the same downsides as carrying a holster on the waist with a standard belt. Lifting your arms and bending over (if carrying strongside) can lift your shirt and reveal the gun and the holster. If you’re carrying a gun in a legal though not permissive environment, revealing that you’re armed can have real consequences like losing your job, getting kicked out of the gym, and so on.

So that is something to be aware of. If deep concealment is a priority along with what clothing you’re going to wear, make sure you fine-tune your concealment.

For those want to learn more, here’s a How To video for our Alien Gear Sport Tuck Belly band Holster:

Born in southeastern Washington State, Sam Hoober graduated in 2011 from Eastern Washington University. He resides in the great Inland Northwest, with his wife and child. His varied interests and hobbies include camping, fishing, hunting, and spending time at the gun range as often as possible.